Local medicinal cannabis biotech, Helius Therapeutics, opened its wholesale capital raise earlier this year to an enthusiastic response from investors. Now the company has the backing of kiwi rich-lister, Guy Haddleton, and this month has moved into its new, large-scale facility in East Tamaki.

The following is an excerpt from a story by Damien Venuto in the New Zealand Herald.

You can read the original story and view a video interview here.

The New Zealand entrepreneur has a long history of investments in the startup space. He previously founded and sold business planning software Adaytum to IBM Cognos in 2003 for US$160 million, then went on to become one of the early investors in Xero and also started what is now the billion-dollar software business Anaplan.

"Helius Therapeutics has all the features we seek in a high-potential investment," Haddleton told the Weekend Herald via email from winter break in the South of France. "The company has a clear and large vision, extraordinary talent and deep go-to-market experience."

His interest in the little-known startup came about after reading about the ambitious plans of entrepreneurs Gavin Pook, JP Schmidt and Paul Manning to tap into a market that doesn't yet exist in New Zealand.

Manning says the initial news coverage in the Herald sparked enormous interest and led to him receiving between 400 and 500 enquiries from investors interested in backing the idea.

"A lot of those investors were smaller investors who would've been more suited to a retail or an IPO scenario, but a number were also serious, institutional investors and one of those was Guy," Manning says.

Thereafter, Manning and his partners went to meet Haddleton and his wife Sue at their home in Takapuna to further discuss the opportunity.

"We knew as soon as we met them we knew they were the investors for us," says Manning. "For starters, you're talking about a guy who has played a part in building not one but several billion-dollar businesses. He's an incredibly astute entrepreneur, so you can imagine the experience and the wealth of knowledge someone like that would bring to our business." 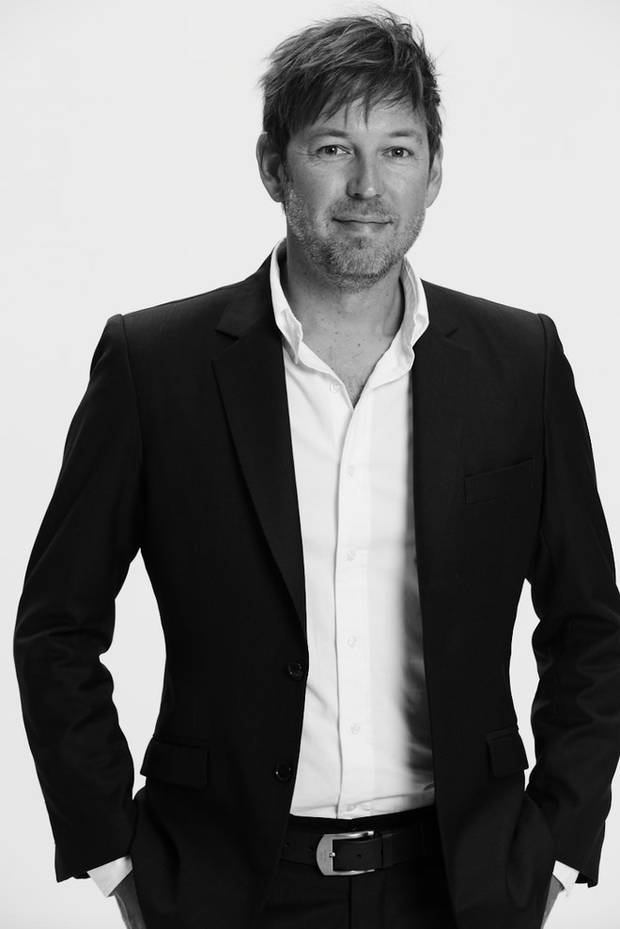 Manning says that beyond the money, they were also looking "for the right fit," someone who could lend experience and advice to the process of building "a startup business in what is essentially a startup industry".

Haddleton now joins as the inaugural chairman, leading a group of other high net-worth investors and taking a 40 per cent stake in the business. The three co-founding partners will each retain a 20 per cent share.

Some of the early investment into the business has gone into the development of a sprawling industrial facility and office building, located in East Tamaki.

The site will include a 6000 square metre indoor hydroponic cultivation area, with the ability to expand up to 20,000 square metres as the business develops. At capacity, this will allow the company to handle 140,000 plants capable of delivering as much as 50 tonnes of medicinal cannabis product.

Manning anticipates that this facility will be able to produce around $700 million in cannabinoid therapeutics per annum.

Well aware that it's to take more than four people (even if one is a richlister) to achieve this, Manning and his team will be going on a hiring spree in the new year to appoint biotech staff familiar with the high standards required to ensure GMP (Good Manufacturing Practice) certification for any product produced on site. 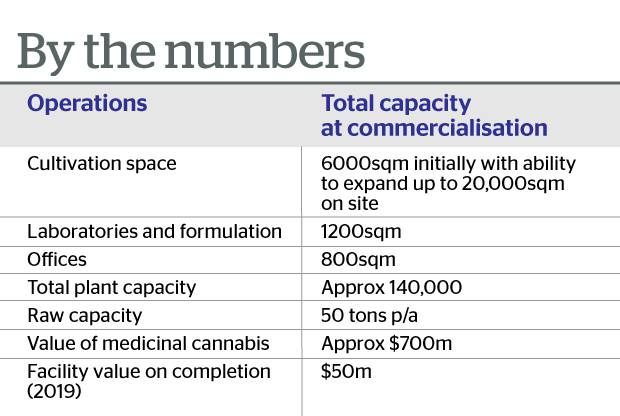 Manning says he plans to eventually recruit approximately 120 staff across a range of disciplines within the building.

Manning says security was an important consideration in keeping everything indoors in the building.

Whether medicinal or not, the company is still involved in the cultivation of cannabis products – and this presents an obvious security risk from those who might want to get their hands on it.

Manning explains it's far easier to secure a building than it is to secure an outdoor plantation.

The other two major consideration was the desire to create high quality product at scale. Every part of the process will be controlled within the building, which in turn means that nothing can be compromised in the back of a truck or when handled by numerous parties in different places.

The size of the building also ensures that Helius has the scale to go big from an early stage, rather than slowly building up to a major enterprise.

"The more scale we have, the more we can reduce the cost of the products for Kiwis. And this ties back to our vision, which is to improve the quality of life for New Zealanders," Manning says. "You simply can't do that if the products are too expensive."

While Manning might have bold ambitions, much of the future potential of the business continues to rest on the willingness of lawmakers to open the door to the industry in the local market.

Manning remains optimistic that change will come but does express concerns about how long it's taking.

"The intent is there, the Labour Government out and said they were going to address medicinal cannabis, but here we are a year later and we still haven't been publicly given a date for the second reading" he says.

"Government is moving far too slow. And while New Zealand hasn't been left behind yet, but if we don't get our act together we will be."

Manning says he expects to be able to make products available to New Zealanders by mid-2020.

New phase for Helius as David Darling joins board